We can estimate the number of corners in a game from a mean using a probability distribution model. A problem is that corners are not independent. A corner will often lead to another corner. They come in clusters. Poisson can be a useful probability distribution model, but it is most precise when events that are being counted are independent and do not come in clusters.

The graph below show historical data from 30,000 games in 900 leagues, with an average of 9.54 corners on avg. per game. The graph is overlaid with a prediction of corners using a mean of 9.54 under Poisson.

(One game had 22 corners this year; Budaorsi SC vs Dunakanyar Vac in the Hungarian NB II league on August 11th. Probably worth scouting for tickets for the reverse fixture)

We have built an adjusted discrete probability distribution to compensate for the incorrect shape of a poisson distribution. This takes account of the underdisposition and flattens the curve so that our probability estimations are much closer to historical occurrences than Poisson. We used a Polynomial Regressional Analysis below to determine the co-efficients for Full Time Corners for combined teams. 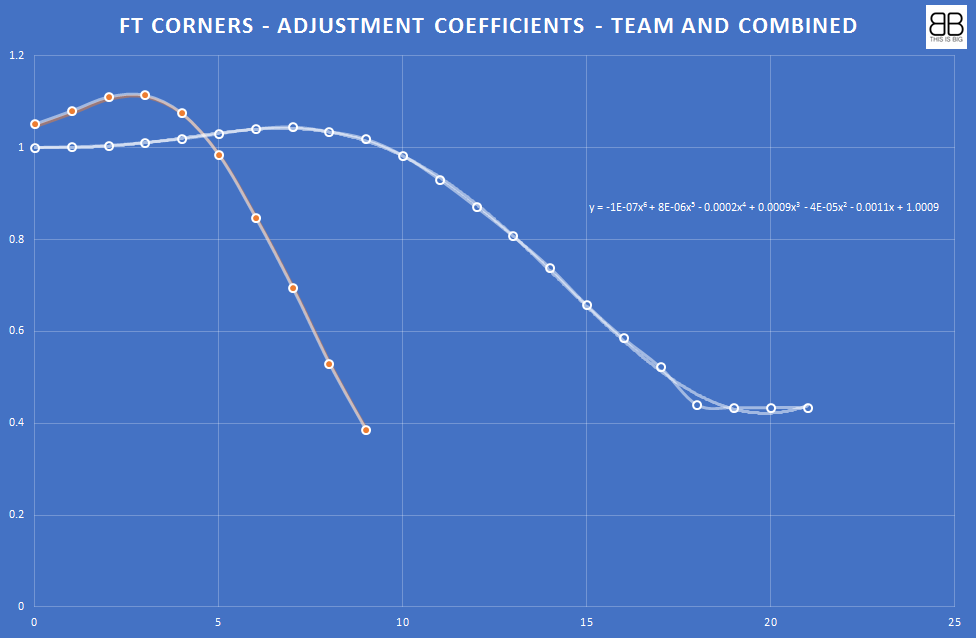 What this serves to do is give us a probability distribution that we think is much more reliable than Poisson. We have four seperate Adjusted Probability Disribution models that we use. Team by Half, Combined by Half, Team by Full Time, Combined by Full TIme.

The graph below shows a back testing of the model against historical data. It can be seen that the relationship is much closer to observed data than a Poisson distribution. 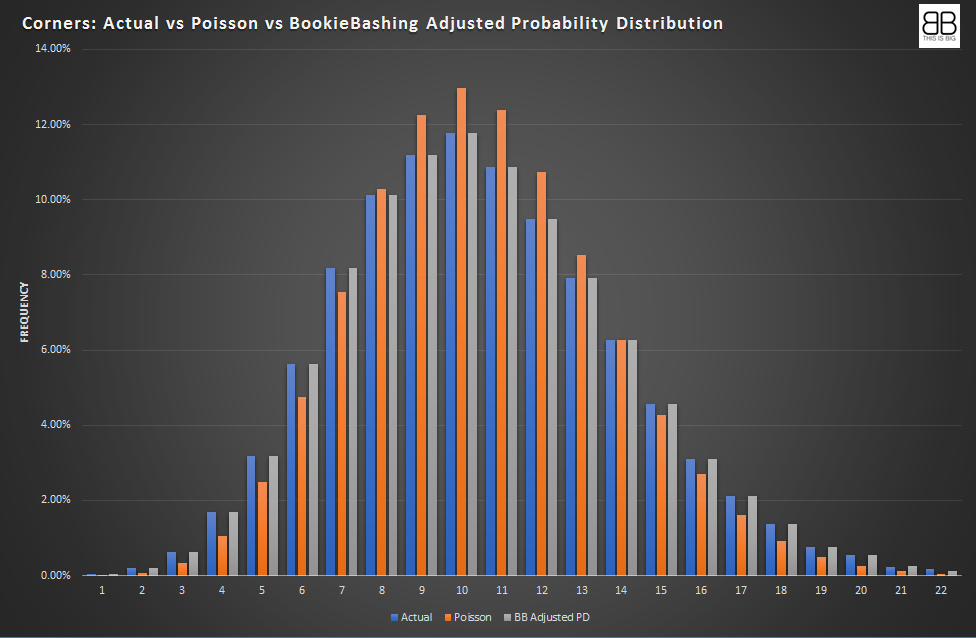