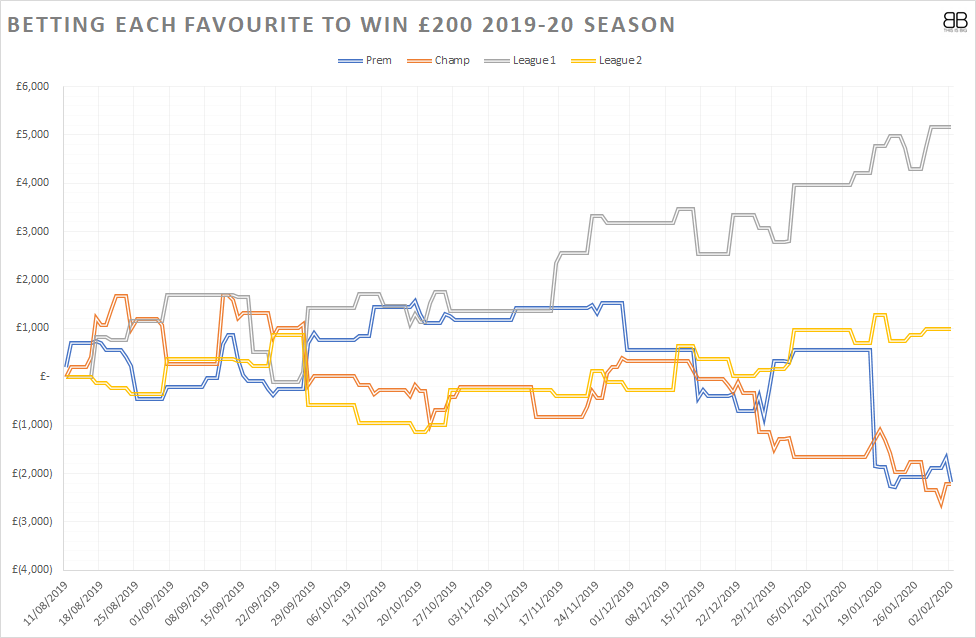 Whilst boosts on underdogs and European football exists, the majority of boosts are on favourites in the Premiership. Therefore there is correlation between the performance of Premiership favourites and the p/l of boosts at UK bookmakers.

Does that make Boosts -EV? 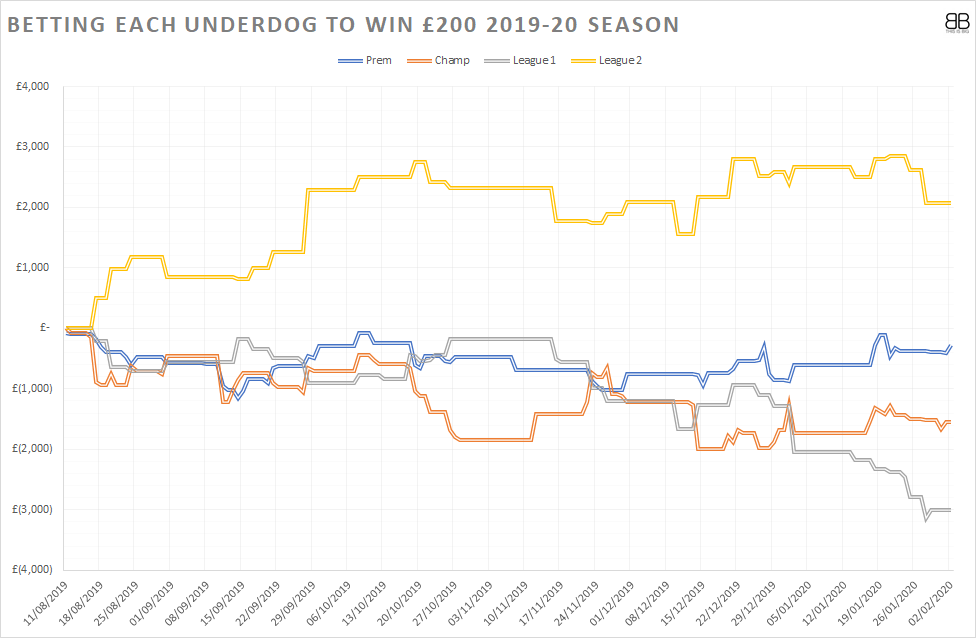 A loss of £1,024 would have been made betting the favourite to win in the over/under 2.5 market on the EPL this season to 2nd Feb. 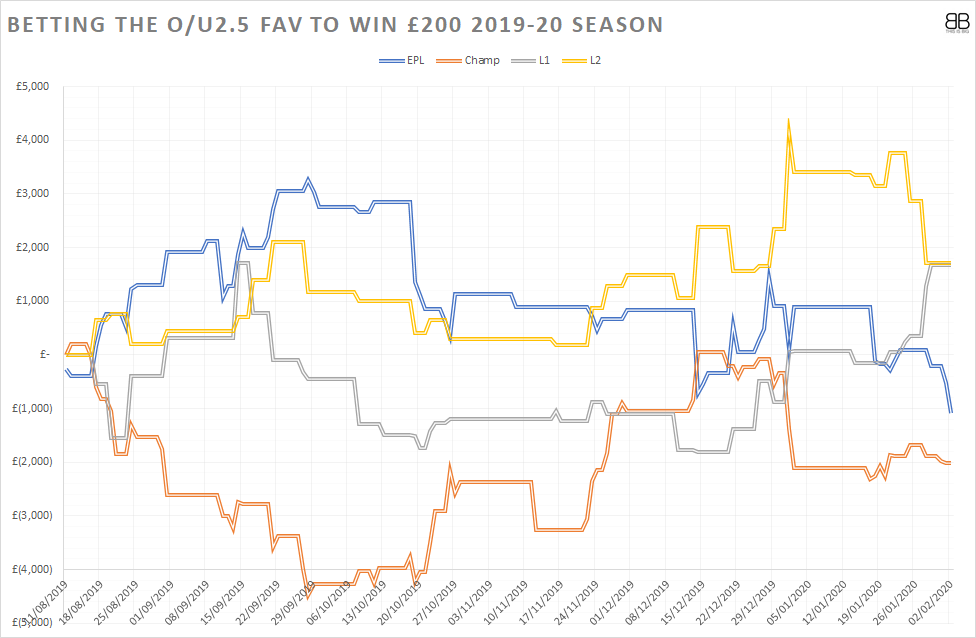