What shall I bet on – singles or multiples?

Recently we posted a “Betting Multiples video” advocating that betting  in multiples is preferable to singles (see video at the bottom of this blog). Betting multiples minimises restrictions whilst compounding value.

Which kind of multiple should we bet on? The answer can be complex and depends on your personal risk tolerance. Placing 4 horses at 100/1 into a Lucky 15 can be similar to a +EV lottery ticket.

At bookiebashing we record the ROI of singles on horse racing. We almost exclusively bet in multiples but the issue  with recording the ROI of multiples on a daily basis is it is logistically hard to assume which multiples  would be built. Instead we work under the assumption that if Singles have a positive ROI, then Multiples have a higher ROI.

The video below attracted some commentary that we were talking nonsense. Therefore we have tried to prove the concept through an empirical analysis of real-world data from the bookiebashing horse  racing tracker. We have attempted to make the analysis as “real-life” as possible: 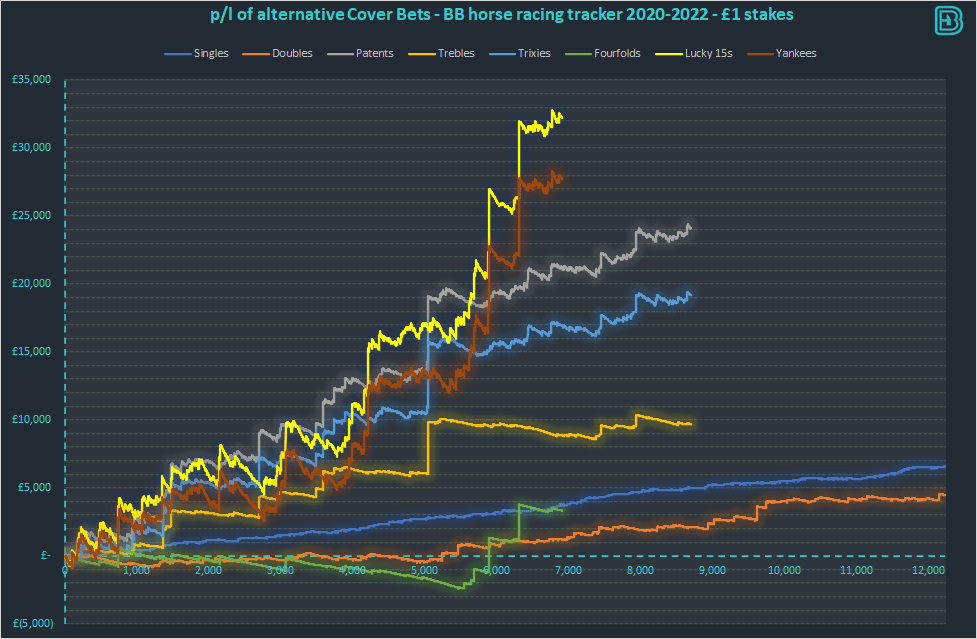 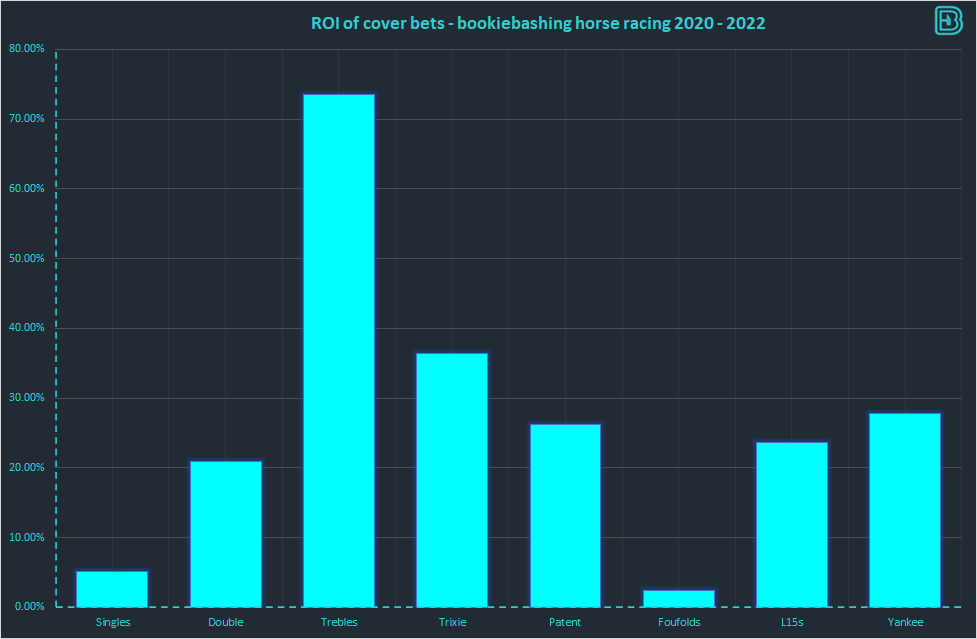